A Seed, A Spark, A Lot of Imagination

“Everybody walks past a thousand story ideas every day. The good writers are the ones who see five or six of them. Most people don’t see any.”
– Orson Scott

“Where do you get your ideas?” That, my reader and writer friends, is the question fiction writers are asked more than any other. At least, that is the case with this fiction writer. I’m pretty sure that the answer to that question varies from writer-to-writer. For me, it also varies novel-to-novel. Typically it involves a seed or a spark and a lot of imagination. Take the series of romantic comedy remakes I’m working on at the moment. By “remakes,” I mean the romantic comedies that I released in the past that I’m reworking and will publish again with new titles and new covers. (I figured, if movies can be remade, why not novels? The original “A Star Is Born” movie was released in 1937 and starred Janet Gaynor and Frederic March. It has been remade three times – in 1954 with Judy Garland and James Mason, in 1976 with Barbra Streisand and Kris Kristofferson, and in 2018 with Lady Gaga and Bradley Cooper. All three remakes received at least four Academy Awards. Sounds good to me!)

My novella TAKE A LITTLE RISK (a.k.a. BREAKING THE RULES) grew from a seed that was planted in my brain while on vacation in Cozumel, Mexico with my husband and our friends Mollie and Don way back when we were in our twenties and didn’t yet have children. One night after dark, the four of us were out walking, and we wandered quite a ways from our hotel to a stretch of beach lined only by neat little bungalows. We were out close to the water, splashing in the waves when the entire island experienced an electrical blackout. A storm had blown through earlier in the day, and it was still cloudy out; in fact, cloud cover obscured any moonlight or stars. I would’ve never believed it could be so dark! I literally couldn’t see my hand when I held it up close to my face. While a similar island blackout occurs in TAKE A LITTLE RISK, every other event that takes place in the novella is my creation. You could say this story is 1% truth and 99% imagination!

Then there’s my novel DREAM A LITTLE DREAM (formerly ONCE UPON A DREAM). My sons and my nephew sparked the idea for this novel when they were small and would make up stories about an adventurous imaginary character they called “Johnny Amigo.” In DREAM A LITTLE DREAM, Johnny Amigo is the “rogue gambler” protagonist of a series of Western novels that my story’s hero, Alex Simon, reads every night before he goes to sleep. In his dreams, he becomes Johnny Amigo. Hilarity ensues. This book, I would have to say, is 100% imagination – my sons’, my nephew’s, and mine.

On to SPARK A LITTLE FLAME (originally called SHOCKING BEHAVIOR). I have no idea what generated this idea. Zero. Zilch. It’s about an invisible man and the female scientist who falls in love with him sight unseen while trying to figure out how to make him materialize. This story came 100% from my warped mind, and it was so much fun to write!

And then we come to MAKE A LITTLE WISH (otherwise known as BODY AND SOUL), the story of two women – one in her mid-thirties, the other in her early twenties – whose souls switch bodies. This story grew from a day when I picked up my children after school when they were not yet teenagers. We went from school to the bank and were sitting in the drive-up lane when a gorgeous young woman pulled into the lane beside us in a little red Volkswagen. My kids were arguing and swiping at each other in the back seat, and my nerves were frazzled. I looked across at Miss Twenty-Something, who was be-bopping to the song that was blaring from her radio, and I wished for a moment that I had her life. This exact scene takes place in MAKE A LITTLE WISH, but when my counterpart character, Lisa, makes that wish…it comes true. Mayhem follows as she lives Tory Beecham’s life (Miss Twenty-Something) while trying to get her real life – and her husband – back. So, once again, 1% reality, 99% imagination.

Last but not least, my novella BE MY LITTLE BABY (previous title: BLAME IT ON THE BABY). In this sequel to MAKE A LITTLE WISH, Miss Twenty-Something, Tory, is married to Dillon Todd and they’re expecting a baby. Through a series of mishaps, Tory and Dillon switch bodies. He gets to experience her life (and pregnancy!) firsthand, and she gets to experience his life as well. This is a story about learning to appreciate your partner. I can’t think of a specific incident in my life that manifested this story…except, what woman who has ever experienced pregnancy hasn’t wished that her husband could really get what she’s going through – both the good and the bad? Right?

So there you have it . . . my inspiration for each of the stories in this series. By the way, I’m going to call the series Love In Disguise, because, in each story, one or both of the main characters are not quite themselves. I hope you’ll watch for it! I’ll be posting more about it here at my blog as things develop.

P.S. Sign up for my newsletter (coming soon!) here, and you’ll get my novella TAKE A LITTLE RISK absolutely free when it is released! (As an ebook for your Kindle or a download to your phone or computer.) I won’t flood your inbox. You’ll typically only receive my newsletter 4 times per year, and never more than once per month. And by being a subscriber, you’ll get access to other freebies and news about books (mine and other authors’) before it is posted on my blog. I hope you’ll sign up! 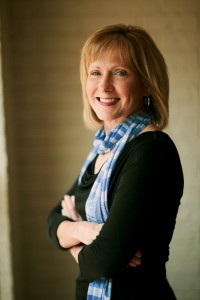